My story with Vortex Coworking 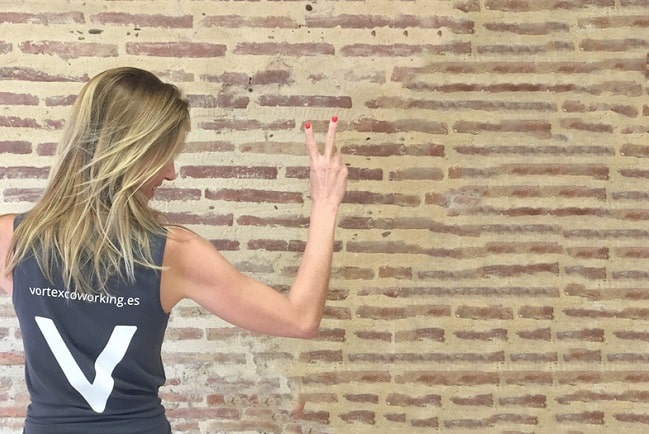 My story with Vortex Coworking

It was 2016 and I had been working as an engineer in corporate in the renewable energy sector for several years. But my mind had been thinking for some time, mostly just for fun, in business ideas and how to make them work. I chatted with friends and played the game of brainstorming. And what started as a hobby, became a reality: I wanted to start my own business and make happen one of those ideas.

I left the job at the corporation and before immersing myself in the new professional direction I decided to go on a trip; take a break, reset and recharge batteries for my next professional life. And, what was initially going to be a two months break traveling through Asia, became more than a year travelling around the world. A trip that started cycling Vietnam (from south to north) and ended in Hollywood, Los Angeles.

What happened during that year? I worked from my computer, in my ideas, in my blog and in a book that I started writing while traveling in Asia, Africa and America. I was looking for a coworking space wherever I went and worked from there, I interacted with people with similar values that inspired me, gave me ideas, offered me contacts and helped me. I made friends, I grew as a professional and as a person. Coworking, a new way of working, new for me, offered me a professional environment that I thought I had given up when I decided to start a business on my own, solo. I realized how important it was to be surrounded by other professionals and how much that was helping me on my way. And then it happened, I put aside my previous ideas to make space for Vortex: I wanted to create a network of coworking spaces with the best of all what I was discovering during my travels. And my mission would be to help other entrepreneurs, freelancers and solo professionals in their own professional challenges.

My trip became, in addition to my great adventure, a market study about coworking in the world. I visited many different styles: Hubud (Bali), Kuala Lumpur, Cambodia, Cape Town, Morocco, etc. Until finishing in Los Angeles, where We Work had several coworking buildings. I joined in the one in Hollywood, the neighbourhood where I lived those months when LA was my base. From there I brainstormed and developed the business plan of Vortex Coworking, surrounded by professionals from the movies and tech industries. What a great mix.

Why in Valencia? First for personal reasons, I wanted to return to my hometown after 15 years overseas. Because Spain is very cool, and I believe so after having lived and traveled many places in the world. And I’m not the only one, half the world loves Spain and dreams of living here. And Valencia, among all the cities, is my favourite. Family, friends, good weather and good food, you don’t need much more for a happy life, don’t you think? But personal reasons were partnering with professionals ones: I believe with absolute objectivity that Valencia is a perfect city for entrepreneurs and digital nomads, the main clients of coworking spaces. Why? Valencia has a growing entrepreneurial ecosystem, an affordable cost of living, is well good connection to the big cities of Spain and Europe; manageable city size, a more than pleasant climate and an enviable quality of life. And … beach. The magic word.

Why the name Vortex? The idea came up thanks to the leader of a hippie community that I met in Venice Beach, where I wend to surf during my days in Los Angeles. Vortex (in Latin) means vortex and is the epicentre of a cyclone. And that I wanted to be my coworking space, the centre of the hurricane of ideas and energy of a community of professionals. And to add energy to my space, I had to choose a location that was a vortex in itself; I wanted to place the epicentre of the entrepreneurial ecosystem in Valencia: the Port of Valencia.

But in life, not everything is work. Vortex had to be in an interesting, authentic neighbourhood, with leisure and sports options at the doorstep of the coworking space. And then I met Cabanyal. And on the beach.

Magic. The Vortex Coworking ingredients had come together and Vortex Playa in Cabanyal would be the first workspace in Valencia.